Dog people are often puzzled by cat people and cat people have a hard time understanding why anyone would want a jumping, slobbering, stinky creature sharing such wonderfulness with them.

General animal lovers wonder why anyone would question having either as a pet-they realize all pets are wonderful. You can have a look at the best animal charity organization by clicking at:

First of all, let's consider the reasons many people give for hating cats. The terms sneaky, ferocious, scary, evil, and untrustworthy are often used next to the word 'cat'. 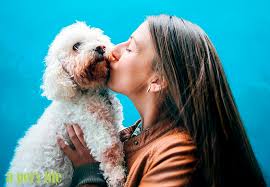 Usually, the use of such terms comes from childhood trauma or learned avoidance by association with one who has suffered a trauma.

For those who have suffered trauma from dogs, the terms run to rabid, dangerous, fleabag, attack, and killer, so cats are not the only animals hated and feared by some people.

In truth, animals are just like people in some regards. When they are frightened or abused, they become ferocious and attack anything that comes near them.

If they are trained to attack animals, all they know is to attack-either on command, or on anyone entering the premises.

Animals learn behaviors from their human companions the same way humans learn from their associations with other humans. The phrase "hanging out with a bad crowd" comes to mind.

Like humans, if animals hang out with people who teach them bad behaviors, they can become just as deranged and awful as humans.